Each state or territory regulates the amount of workers' compensation premiums that each type of business must pay. Therefore, the formula used for such calculations differs from state to state and from industry to industry. However, one critical factor that determines the amount of premium deducted by a service provider from a construction company is the wages paid to employees. The higher the wages, the higher the premiums paid out by a construction business. Another consideration is the claims history of a contracting company. For instance, if your organisation makes several workers' compensation claims in a year, the amount of premiums is likely to be higher. Talk to an insurance consultant for information regarding payment of premiums.

Although workers' compensation insurance is compulsory in all jurisdictions in Australia, the modalities of administration differ between states and territories. Areas where compensation is handled privately by insurers include Tasmania, Western Australia, the Australian Capital Territory (ACT) and the Northern Territory. On the other hand, the government operates the workers' compensation insurance in Queensland. In other jurisdictions, such as South Australia, New South Wales and Victoria, insurers act on behalf of the government in administering the scheme. Therefore, if your construction company operates in different states and territories, you need to familiarise yourself with the nuances of the compensation scheme to remain compliant.

Just like any insurance policy, workers' compensation insurance has some exclusions where benefits are not paid to policyholders. While exclusions are mostly the same in all states, they might differ slightly due to independent legislation. Provision of false information by a worker, especially relating to pre-existing health conditions, can invalidate any claims made. Additionally, injuries and deaths stemming from deliberately self-inflicted harm won't be covered. Moreover, gross employee misconduct, such as drunk driving, might sometimes lead to an exclusion. Lastly, psychological injuries as a result of reasonable employer actions such as demotions, disciplinary proceedings and firing are not considered as reasons for making a claim. 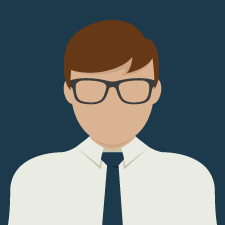 When I started my own business. I knew it was important to get insurance. After all, I have a variety of insurance policies covering my home and family, and my business needs protection too. I was, however, surprised when I started looking at commercial insurance products. The decisions I had to make and the features I had to choose took me out of my comfort zone, and I had to think hard about what my business actually needed from a policy. I got some useful advice from friends who run their own businesses, and I’d like to share some of this advice here on my blog for new business owners looking to insure their companies for the first time. Hope you find the information you need to know to make your business safe.